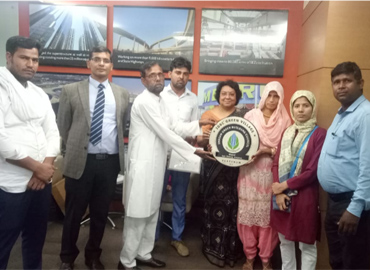 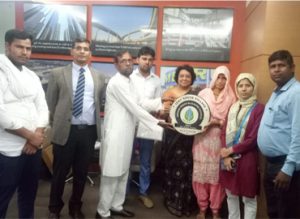 Bhond Village was conferred with the Platinum award on 24 th May,2019. Bhond had been recognised as a ‘Gold Rated Green Village’ in 2016. In January 2019, an application for re- certification was submitted to the Indian Green Business Council (IGBC) and after a rigorous evaluation, Bhond has been recognized as IGBC’s first ‘Platinum Rated Green Village’ in North India. Feedback Foundation is implementing the CSR project of Feedback Infra at Mewat, Haryana. This is a significant achievement and is in line with our vision to transform Bhond into a ‘Model Village’.

The team from Feedback Foundation along with community members from Bhond were felicitated by Mr Sameer Gupta, Chairman – CII Northern Region and Mr Punit Agarwal Counsellor – IGBC, in the presence of Feedback Infra’s Board Members. It was indeed a moment of great pride as this certification is a testimony of the combined efforts of the people of Bhond and Feedback Foundation to ensure a holistic development of the people of the village.