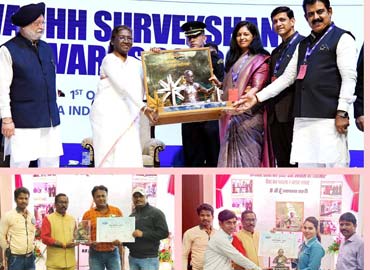 This year, Indore city has secured the first position for the sixth time in a row. It is commendable to get the first position in the whole country, but what is even more commendable is that Indore has been maintaining that place for six years in a row. Feedback Foundation is honoured to be part of this amazing journey. Indore is also India’s first 7-star garbage-free city, which is one of the key objectives of the second iteration of the Swachh Bharat Mission launched last year. Along with all this, Indore has also been given the tag of India’s first “water plus” city, which is a certificate provided to a city for maintaining cleanliness in rivers and drains under its administration.

Feedback Foundation has been empanelled by Indore Municipal Corporation (IMC) as an agency for creating awareness in 3 zones of Indore Municipal Corporation, Madhya Pradesh for Solid Waste Management. As part of this intervention, FF has been conducting awareness and IEC (Information, Education, and Communication) campaigns for the mass mobilization of all waste generators for waste reduction and segregation of waste at source. Capacity-building workshops and SBM thematic drives have also been organized.