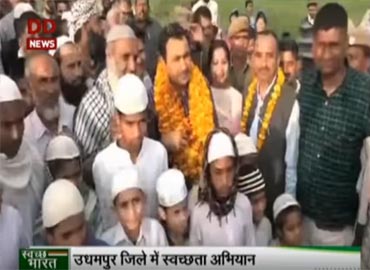 Feedback Foundation facilitated a 5-day Training of Motivators (ToM) on Community Approaches to Sanitation (CAS) in Udhampur, Jammu & Kashmir in March 2018. Following which handholding support was also provided to the district. The impact of FFs technical support has been very encouraging and sanitation status improved remarkably. District Collector claims that sanitation coverage of the district increased from 30% to 43% within a month. Various villages were declared ODF within this one month period which was noticed by the national media channel Delhi Doordarshan. Seeing the success, District administration was very pleased and organized another ToM to further increase the coverage, which was facilitated by FF from 10 th – 14th April, 2018.