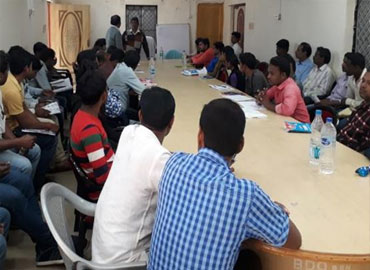 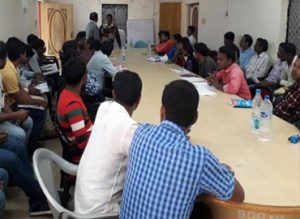 A series of four Visioning and Action Planning Workshops on Community Approaches to Sanitation (CAS) was facilitated by Feedback Foundation at 4 Blocks of Bargarh viz. Gaisilat, Attabira, Bheden and Bargarh from 19th – 22nd December, 2018. The workshop was organized by District Water and Sanitation Mission, Bargarh and was attended by motivators of the said Blocks.Executive Engineer-RWSS, District Coordinators, Junior Engineers, and UNICEF Consultant also participated in the workshop. The workshop was aimed at building the capacity of motivators on CAS to augment and accelerate the implementation of SBM (G) in the district. UNICEF’s Odisha State Office is supporting 2 districts – Bargarh and Mayurbhanj to achieve district-wide ODF outcome on a sustainable basis, and has engaged Feedback Foundation towards this objective.