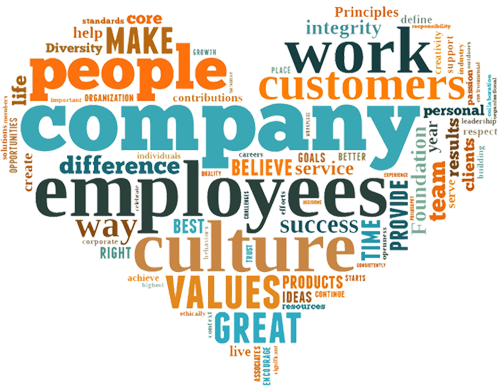 We are a team of passionate people, with the capacity to work hard and be in the field, often literally.  We work in an exciting and challenging domain, while being compassionate and caring.  We work with diverse stakeholders to bring about behavioral change, and thus directly advance the cause of social development in India.

Feedback Foundation strongly believes that the level of success one achieves is in direct proportion to the depth of one’s commitment and passion. It takes pride in having a work culture that is employee-driven and solutions oriented.

The team at Feedback Foundation comprises 65 committed and passionate individuals, who belong to the ‘little kunba (clan) who work 24/7, away from their homes, determined to bring a sustainable change in the society.

The Foundation encourages an interactive and an engagement-driven format, a practice that greatly helps improve offerings to the clients and the work culture. Feedback Foundation believes in an all-round development of its team and has also mentored and nurtured a second and third level of leadership.

EXPERIENCES SHARED BY OUR EMPLOYEES 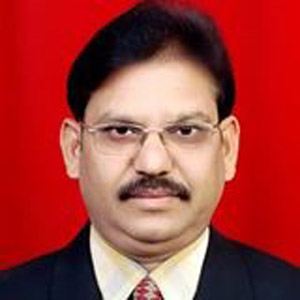 I’ve been associated with Feedback since 2007, as part of the path-breaking community-led R&R work done for Bharat Forge for their Khed SEZ at Pune. It was truly a memorable experience and a proud moment when the Feedback Foundation was setup as a separate entity in its own right in 2010. Now in my second stint at the Foundation, I’m leading an innovative, citizen-centric urban Solid Waste Management project in the historic city of Aurangabad in Maharashtra. Due to rapid industrialization and increase in population, the Governing body of the city, Aurangabad Municipal Corporation, was facing immense difficulties in maintaining a clean environment and efficient solid waste management. The city generates about 450 tonnes of municipal solid waste every day, a majority of which was sent to dumping sites. In alignment with the Swachh Bharat Mission and the notified SWM Rules, 2016, Feedback Foundation started working with AMC in selected zones of the city, to spread awareness among citizens on segregating and recycling waste, bringing about a change in mindset & behavior, and to streamline the SWM process. Our work aims to bring citizens and the Government to work together in tackling the problem of waste and creating a sustainable environment for everyone.

When the Feedback team entered the city, there were public protests against indiscriminate dumping of waste at the open landfill sites and severe unrest against municipal services. We decided to transform the toughest ward first – Ward no 19 in Zone 1, where residents lived in relative squalor, generated the highest quantum of waste and were not given effective mechanisms to manage it. We called in the most influential political leaders and citizen groups representatives for a Visioning workshop, and oriented them towards a common cause of making their Ward ‘No Open Waste’ (NOW). With support from community leaders ranging from the 73-year old Ashabai Thorat to a gang of children, we managed to facilitate 2 clusters of the Ward completely free from open waste within 15 days! From extreme apathy and openly dumping their waste on the roadside, the citizens were triggered to manage waste generated by them at source, through reduction of waste and segregation of waste. ‘Majha Kachra Maajhi Jababdaari’ and ‘Aata Maajhi Satakli’ became ingrained in people’s minds. The Municipal Commissioner, Shri Nipun Vinayak and Hon’able Mayor Nandkumar Ghodele were extremely impressed by the outcomes, and provided whole-hearted support to scale up the initiative. We are continuing our work in 2 Zones of the city with roaring success. For a small-town boy from Nagadarwadi, Nanded, it is a sense of great pride and fulfilment to contribute to the society in a meaningful way. 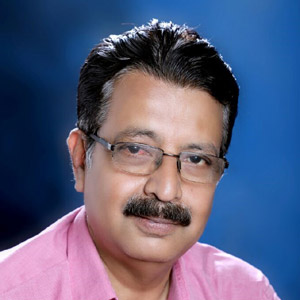 I’ve been associated with Feedback Foundation for 6 years now, and have been privileged to work in several CSR and R&R projects in the country, driven by the Foundation’s community engagement approach. My current base is in Lanjigarh at Kalahandi in Odisha, where I’m supporting the Vedanta group for R&R of 3 tribal villages.

Initially we decided to enter the villages incognito and gauged the ground realities and aspirations of the local community to redefine the intervention strategy. As we got deeper in the implementation process, we found that this project was not a standard model where the cake is almost ready and one has to do only the icing. In this case the basic mix for the cake was like a rubric puzzle. No formulae used in earlier projects worked and it was like trying to place a square peg in a round hole.

I spent several days in threadbare discussions with multiple stakeholders, and realized that no reliable data source or studies were available for the villages, and my team would need to meet with each Project Displaced Family and analyse their demands vs entitlements. I roped in the district administration to deal with some of the troublemakers in the community, tutoring the Sub-collector on the art of negotiation. Gradually, we were able to create an R&R package that met with approval of the community, the Company as well as the Government. All this had to be done out of the box, carefully & meticulously carved out as it’s a very sensitive issue.

As we are now signing off on MoUs between the PDFs & Vedanta, I am confident that the rest of the process to follow till relocation would be a smooth sailing hereon. It has been a truly wonderful experience and promises to be a case study for our future R&R endeavours. 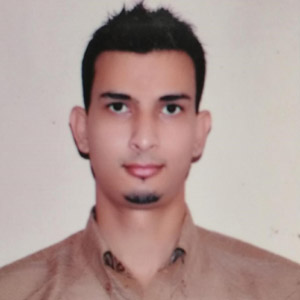 I’ve been working with Feedback Foundation for the last 5 years. It has been a tremendous learning and humbling experience working on grassroots level projects, directly with local communities.

Recently, I was made part of a team to work with the residents of a slum area, Nepali camp, in South Delhi, to achieve open defecation free status in the locality. This was part of a CSR project undertaken for InterGlobe Hotels. Several challenges emerged at the early stages of this project. The community toilets were dysfunctional and required extensive lobbying with DUSIB for upgradation. There was a general apathy from the local administration towards development work in the area. The RWA at Nepali camp was composed of young people, and there was a leadership crisis among them as well. All these were impacting our ability to engage with the residents and move forward. But at Feedback Foundation, guidance and strategic support is available from leadership at every step. Whenever there is an issue on the ground, help is only a phone call away.

Our team was guided by leadership to start interventions in the neighboring Priyanka camp slum. Cross visits of residents from Nepali camp was impactful and the stalled work at Nepali could be revived. The residents were motivated looking at the positive impact in Priyanka camp, especially construction of sanitation facilities and daily monitoring by the community itself.

The project was recently completed successfully and Nepali camp celebrated its ODF status. Such achievements make my work at the Foundation highly rewarding.